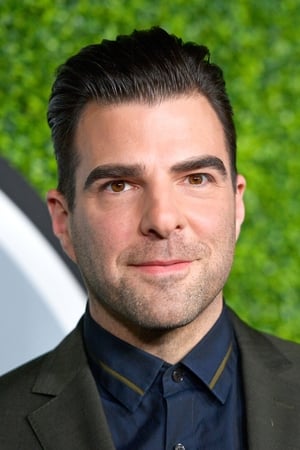 Zachary John Quinto (/ˈkwɪntoʊ/; born June 2, 1977) is an American actor and film producer. He is known for his roles as Sylar on Heroes (2006–2010); Spock in the film Star Trek (2009) and its sequels Star Trek Into Darkness (2013) and Star Trek Beyond (2016); Charlie Manx in the AMC series NOS4A2, and Dr. Oliver Thredson in American Horror Story: Asylum, for which he received an Emmy Award nomination. He first appeared on television in the short-lived television series The Others, and appeared as a guest star on shows including CSI, Touched by an Angel, Charmed, Six Feet Under, Lizzie McGuire, and L.A. Dragnet. In 2003, during the theatrical run of Endgame by Samuel Beckett at the Odyssey Theatre in Los Angeles, while playing the role of Clov, he landed a major recurring role as computer expert Adam Kaufman on the Fox series 24. In 2006, he played the role of Sasan: the haughty, bisexual Iranian-American best friend of Tori Spelling on her VH1 series So NoTORIous. Later that year, he joined the cast of Heroes as Gabriel Gray, better known as the serial killer Sylar, until the series cancelation in 2010. In 2008, he joined with Corey Moosa and Neal Dodson to form Before the Door Pictures. The company produced projects in film, television, new media, and published two graphic novels in a deal with comic book publisher Archaia Entertainment. In 2009, he played Spock in Star Trek, a role which he was lauded for bringing his own spin to a decades-old character and a role he is set to reprise in the second film in the new series. In 2010, Quinto's company Before the Door Pictures produced Margin Call, an independent film about the financial crisis of 2007–08, which received an Oscar nomination for Best Original Screenplay, by J. C. Candor. (Quinto played the role of Peter Sullivan in the film.) Quinto was an executive producer for Chandor's next film All Is Lost (2013) with Robert Redford as the sole actor. In October 2011, he began a recurring role on the FX series American Horror Story as Chad, former owner of the house. He returned for the second season in one of the lead roles, as Dr. Oliver Thredson. He has taken time to perform on stage in various productions including Shakespeare's Much Ado About Nothing. In 2018, he starred in the Broadway play The Boys in the Band. He has modeled for magazines including GQ and August.

The Boys In The Band