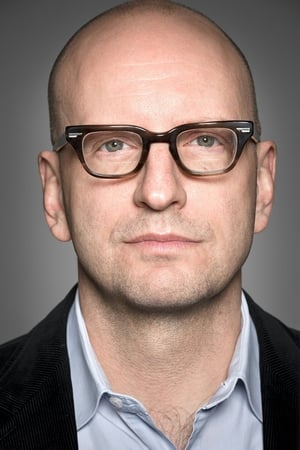 Steven Andrew Soderbergh was born on January 14, 1963 in Atlanta, Georgia, USA, the second of six children of Mary Ann (Bernard) and Peter Soderbergh. His father was of Swedish and Irish descent, and his mother was of Italian ancestry. While he was still at a very young age, his family moved to Baton Rouge, Louisiana, where his father was a professor and the dean of the College of Education at Louisiana State University. While still in high school, around the age of 15, Soderbergh enrolled in the university's film animation class and began making short 16-millimeter films with second-hand equipment, one of which was the short film "Janitor". After graduating high school, he went to Hollywood, where he worked as a freelance editor. His time there was brief and, shortly after, he returned home and continued making short films and writing scripts. His first major break was in 1986 when the rock group Yes assigned him to shoot a full-length concert film for the band, which eventually earned him a Grammy nomination for the video, Yes: 9012 Live (1985). Following this achievement, Soderbergh filmed Winston (1987), the short-subject film that he would later expand into Sex, Lies, and Videotape (1989), a film that earned him the Cannes Film Festival's Palme d'Or Award, the Independent Spirit Award for Best Director, and an Oscar nomination for Best Original Screenplay. Over the next six years, he was married to actress Betsy Brantley and had a daughter named Sarah Soderbergh, who was born in 1990. Also during this time, he made such films as Kafka (1991), King of the Hill (1993), The Underneath (1995) and Gray's Anatomy (1996), which many believed to be disappointments. In 1998, Soderbergh made Out of Sight (1998), his most critically and commercially successful film since Sex, Lies, and Videotape (1989). Then, in 2000, Soderbergh directed two major motion pictures that are now his most successful films to date: Erin Brockovich (2000) and Traffic (2000). These films were both nominated for Best Picture Oscars at the 2001 Academy Awards and gave him the first twin director Oscar nomination in almost 60 years and the first ever win. He won the Oscar for Best Director for Traffic (2000) at the 2001 Oscars.