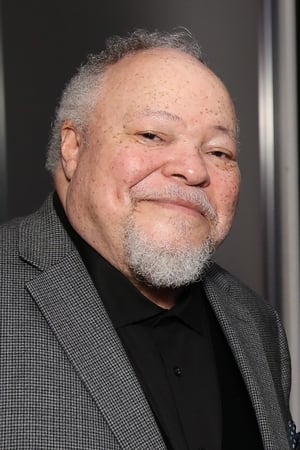 Henderson is known mostly for his stage work. He won the 2015 Obie Award for Best Actor for his starring role of Walter "Pops" Washington in the Atlantic Theatre Company and Second Stage productions of the Pulitzer Prize-winning play Between Riverside and Crazy. He portrayed Jim Bono in the Broadway revival of August Wilson's Fences, starring Denzel Washington, for which Henderson received a Tony Award nomination as a supporting actor, as well as the Richard Seff Award from Actor's Equity; he reprised the role in Washington's 2016 film adaptation. Also in 2016, Henderson appeared in Kenneth Lonergan's Manchester by the Sea, starring Casey Affleck and Michelle Williams, playing the boss of Affleck's character. Previously, he appeared as Van Helsing in the Broadway production of Dracula, the Musical. More recently, he played the role of Father Leviatch in Greta Gerwig's 2017 film Lady Bird. On Broadway, he has performed in Drowning Crow, the revival of Ma Rainey's Black Bottom, and the premiere of King Hedley II. Henderson is recognized as a veteran performer of August Wilson's oeuvre. His signature August Wilson role is the gossipy Turnbo in Jitney for which he won a Drama Desk Award. He had created the role in the 1996 premiere at the Pittsburgh Public Theater, then honed it (as Wilson was honing the script) in other regional theatres before its arrival Off-Broadway in 2000. Though they did not transfer to Broadway, he and the core of the cast took Jitney to London where it won the 2002 Olivier Award for the best new play. In addition, he appeared in A Raisin in the Sun and directed Zooman and the Sign. With the LAByrinth Theatre Company, he portrayed Pontius Pilate in The Last Days of Judas Iscariot. His films include his role as Arthur in Everyday People, White House servant William Slade in Steven Spielberg's film Lincoln (2012), Lester in the film Tower Heist (2011), Bobo in A Raisin in the Sun (1989), Cooper's husband in the TV movie Marie (1985), and roles in the films Keane (2004), If You Could Say It in Words (2008) and Lady Bird (2017). In addition to his films, Henderson was a series regular on the FOX series New Amsterdam, which premiered in early 2018. Television work includes Law & Order, Law & Order: Special Victims Unit, The Newsroom, Law & Order: Criminal Intent, Tyler Perry's House of Payne, Third Watch, New Amsterdam, Blue Bloods and Devs.