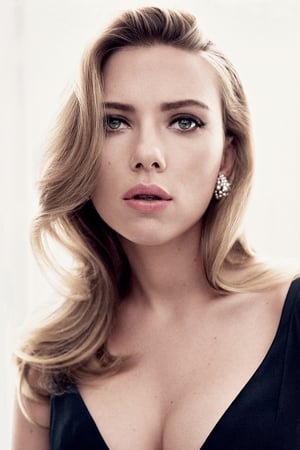 Scarlett Ingrid Johansson (born November 22, 1984) is an American actress. She was the world's highest-paid actress in 2018 and 2019, and has featured multiple times on the Forbes Celebrity 100 list. Her films have grossed over $14.3 billion worldwide, making Johansson the ninth-highest-grossing box office star of all time. She is the recipient of various accolades, including a Tony Award and a British Academy Film Award, in addition to nominations for two Academy Awards and five Golden Globe Awards. Born and raised in Manhattan, New York City, Johansson aspired to be an actress from an early age and first appeared on stage in an Off-Broadway play as a child actor. She made her film debut in the fantasy comedy North (1994), and gained early recognition for her roles in Manny & Lo (1996), The Horse Whisperer (1998), and Ghost World (2001). Johansson shifted to adult roles in 2003 with her performances in Sofia Coppola's Lost in Translation, which won her a BAFTA Award for Best Actress, and Girl with a Pearl Earring. She was nominated for Golden Globe Awards for these films, and for playing a troubled teenager in the drama A Love Song for Bobby Long (2004), and a seductress in Woody Allen's psychological thriller Match Point (2005). Other works during this period include Christopher Nolan's The Prestige (2006) and Allen's Vicky Cristina Barcelona (2008), and the albums Anywhere I Lay My Head (2008) and Break Up (2009), both of which charted on the Billboard 200. In 2010, Johansson debuted on Broadway in a revival of A View from the Bridge, which won her a Tony Award for Best Featured Actress, and began portraying Black Widow in the Marvel Cinematic Universe, a role for which she received critical acclaim and global recognition, beginning with Iron Man 2 (2010) through to the death of the character in Avengers: Endgame (2019) and most recently with Black Widow (2021). The latter being set before the death of Black Widow. Johansson went on to star in the science fiction films Her (2013), Under the Skin (2013), Lucy (2014), and Ghost in the Shell (2017). She received critical acclaim and two simultaneous Academy Award nominations for playing an actress going through a divorce in Noah Baumbach's drama Marriage Story, and a single mother in Nazi Germany in Taika Waititi's satire Jojo Rabbit (both 2019). As a public figure, Johansson is a prominent brand endorser and supports various charities. Labeled a Hollywood sex symbol, Johansson has been cited as one of the world's most attractive women by several media outlets. Divorced from actor Ryan Reynolds and businessman Romain Dauriac, Johansson has been married to comedian Colin Jost since 2020. She has two children, one with Dauriac and another with Jost. Description above from the Wikipedia article Scarlett Johansson, licensed under CC-BY-SA, full list of contributors on Wikipedia.

Sing 2 Trailer – McConaughey Is Back

Ghost In The Shell