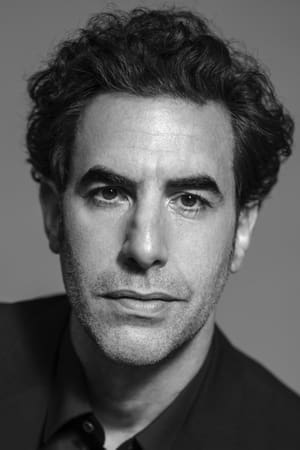 Sacha Noam Baron Cohen (born 13 October 1971) is an English actor, comedian, writer, and producer. He is best known for his creation and portrayal of the fictional satirical characters Ali G, Borat Sagdiyev, Brüno Gehard, and Admiral General Aladeen. He adopts a variety of accents and guises for his characters and interacts with unsuspecting subjects who do not realise they have been set up. At the 2012 British Comedy Awards, he received the Outstanding Achievement Award and accepted the award in-character as Ali G. In 2013, he received the BAFTA Charlie Chaplin Britannia Award for Excellence in Comedy. In 2018, The Times named him among the 30 best living comedians. Baron Cohen has produced and/or performed in comedic films such as Ali G Indahouse (2002), Borat (2006) and its sequel Borat Subsequent Moviefilm (2020), Talladega Nights: The Ballad of Ricky Bobby (2006), Brüno (2009), and The Dictator (2012). He has also appeared in dramatic films including Tim Burton's Sweeney Todd: The Demon Barber of Fleet Street (2007), Martin Scorsese's Hugo (2011), Tom Hooper's Les Misérables (2012), and Aaron Sorkin's The Trial of the Chicago 7 (2020). He made a cameo as a BBC News anchor in Anchorman 2: The Legend Continues (2013). In 2016, he appeared in the comedy film Grimsby and co-starred in the fantasy sequel Alice Through the Looking Glass. His voice acting roles include King Julien XIII in the Madagascar film series (2005–2012) and Uncle Ugo in Luca (2021). Beginning his career in television, Baron Cohen was named Best Newcomer at the 1999 British Comedy Awards for The 11 O'Clock Show. He created and starred in Da Ali G Show (2000–2004), receiving two BAFTA Awards. His next television project, Who Is America? (2018) for Showtime, saw him nominated for a Golden Globe Award for Best Actor – Television Series Musical or Comedy. In 2019, he portrayed Eli Cohen in the limited series The Spy for OCS and Netflix, for which he received a nomination for the Golden Globe Award for Best Actor - Miniseries or Television Film. Baron Cohen has two nominations for the Academy Award for Best Adapted Screenplay, three Golden Globe Award nominations, resulting in two wins for Best Actor – Motion Picture Musical or Comedy for his work in the feature film Borat and its sequel. In 2021, he received Academy Award, Golden Globe Award, and Screen Actors Guild Award nominations for his performance as Abbot "Abbie" Hoffman in The Trial of the Chicago 7. He has been a member of the Academy of Motion Picture Arts and Sciences in the Actors Branch since 2008. After the release of Borat, Baron Cohen said he would retire Borat and Ali G because the public had become too familiar with the characters. After the release of Brüno, he said he would retire that character. However, the character of Borat was brought back for the 2020 sequel Borat Subsequent Moviefilm. Description above from the Wikipedia article Sacha Baron Cohen, licensed under CC-BY-SA, full list of contributors on Wikipedia.

The Trial Of The Chicago 7