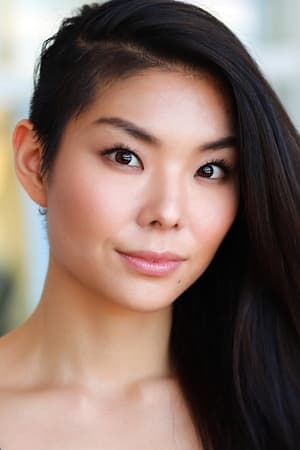 MASUMI is a child of both Japan and the US. Born in Palos Verdes, CA her formative years saw her move between Tokyo, New York, Washington DC, and finally Dallas - where she began her Singer/Song-writing career. Playing in local restaurants and cafes, she earned a devoted following, just her and her guitar. She returned to Tokyo to enroll at the International Christian University. But the horrific devastating 2011 Earthquake changed her vision once again. Trapped in an underground cafe in Tokyo when the 9.0 magnitude tremor almost buried everyone alive. That day brought her back to herself, her dreams and true clarity of mind and heart. Three months later, she returned to the US to enroll in the Los Angeles College of Music (now LACMA), determined to follow her passion once again: music and performing. MASUMI has performed internationally in Sweden, NY, Italy, Tokyo. She opened for Moby at NAMM, and has collaborated with Dorian Holly (Michael Jackson), JJ Blaire (Grammy Award-winning album), Triston Boston (Grammy-nominated producer), Nash Overstreet (Hot Chelle Rae), and Ichiro Suezawa (Warner Brothers, Bruno Mars, Katy Perry), to name just a few. In 2016, word of her talent reached her home country: one of its most prestigious managers offered MASUMI the path and support to become a Japanese pop star. An offer few could refuse, however she did refuse. Knowing the only way for her to find happiness and true success would be to stay true to her path. Creating her own brand of personal music, embodying authenticity and hope. Remaining in Los Angeles, she released a very personal single about her own journey of depression and resurrection : "Run Baby, Run" in 2018, which was picked up by multiple official Spotify playlists. MASUMI is recording her next single "Cold Lips", set to be release late 2021. February 2019, MASUMI was introduced to an acting coach in Los Angeles. Looking to enrich her expression as an Artist, she jumped in to acting training with enthusiasm. Just three months later, she was offered the title role in the Warner Brothers film, "Yakuza Princess" opposite Jonathan Rhys Meyers, and Tsuyoshi Ihara. The action thriller filmed in Brazil, under the direction of Vicente Amorim. Being fluent in both English and Japanese, MASUMI was perfectly suited to play the titular lead. A lot of things are in motion, but MASUMI's goal remains the same: to inspire people to persevere, knowing life's path is filled with challenges but staying steadfast to ones extraordinary dreams . She is represented by BRS/Gage and Echelon Talent.