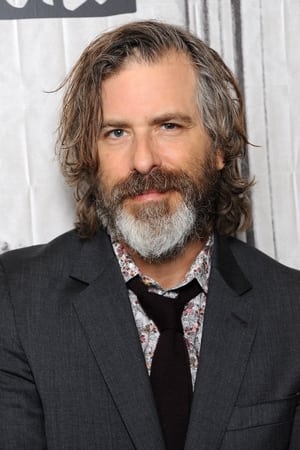 Brett D. Morgen (born October 11, 1968) is an American documentary film director, producer, writer, and editor. Morgen was born in Los Angeles, California in 1968. He was named after USC football lineman Britt Williams, who was team captain in 1961, but his parents misspelled the name. He was raised in Studio City, California. According to Morgen, he knew he wanted to be a filmmaker at a young age. Morgen made Ollie's Army while a student at New York University. The film focuses on the exploits of the James Madison University college Republicans during Oliver North's senatorial campaign of 1994. On the Ropes was nominated for an Academy Award in 2000 for Best Documentary. The boxing documentary was directed by Morgen and Nanette Burstein, and examined the lives of three aspiring prizefighters and their coach. Although it did not win an Academy Award, the film did win a number of awards, including Outstanding Directorial Achievement in Documentary by the Directors Guild of America. The Kid Stays in the Picture is a documentary biopic about film producer Robert Evans, focusing on his major hits, like The Godfather, and his tumultuous personal life. Once again, Morgen teamed with Nanette Burstein. Chicago 10 is a film about the Chicago Eight. The film uses animation and celebrity voice-overs from Hank Azaria, Dylan Baker, Nick Nolte, Mark Ruffalo, Roy Scheider, Liev Schreiber, James Urbaniak, and Jeffrey Wright. June 17th, 1994 aired on ESPN as an episode of 30 for 30 and featured on-air commentary by Morgen. It was the only 30 for 30 episode to date that included no interviews or voice-overs, consisting solely of the actual TV footage on June 17, 1994. This was the date of the O.J. Simpson slow-moving police chase, and the other important sports stories of that day that were mostly ignored, due to the American public's fascination with Simpson. Morgen lives in Rockaway, Queens, New York with his wife, Debra Eisenstadt, and three children. Description above from the Wikipedia article Brett Morgen, licensed under CC-BY-SA, full list of contributors on Wikipedia.